Since its foundation in 1950 by Gibertini Gisberto , we produce electronic scales, analysis tools for chemical, oenological and pharmaceutical laboratories, which guarantee Safety , speed and precision, accuracy and simplicity.

"Work" has a special meaning.

Gibertini has a team of highly qualified experts, to guarantee its customers maximum efficiency, reliability and competence. Sales, support engineers, project managers, marketing or purchasing managers, together to help solve your needs. We collaborate with many companies, with proven professional experience, in order to guarantee our customers a concrete and reliable, complete and lasting solutions, owning essential soft skills such as communication skills, listening, flexibility and problem solving. 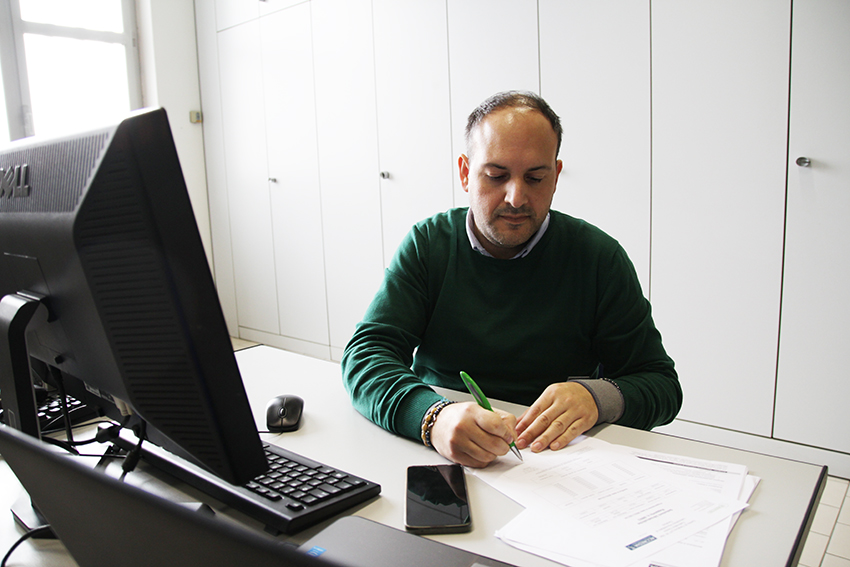 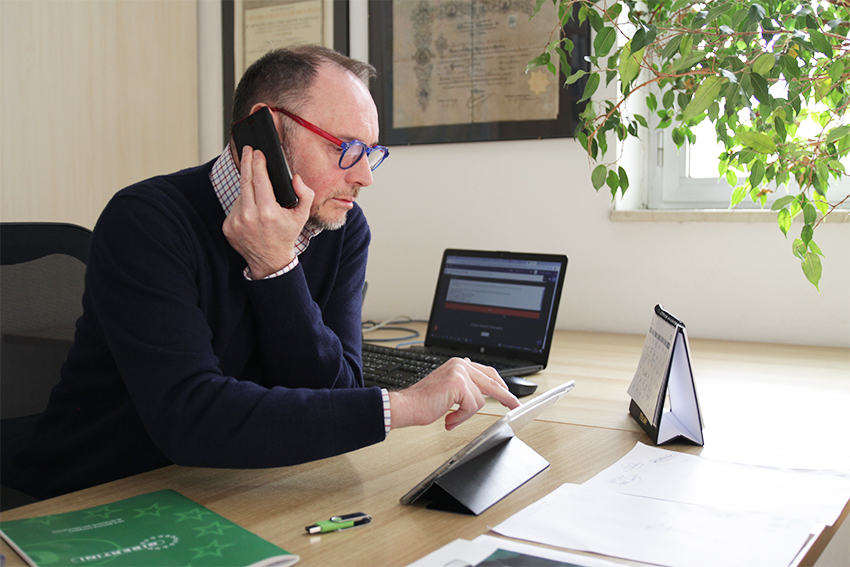 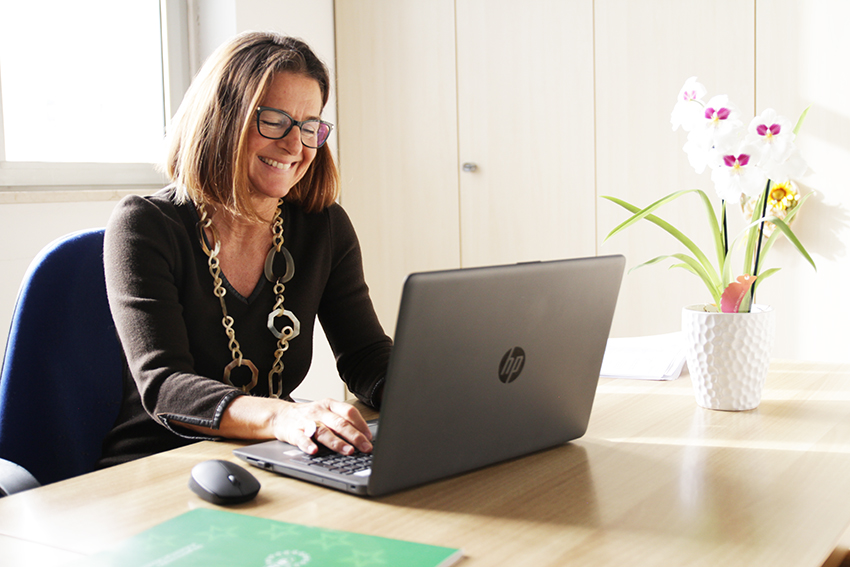 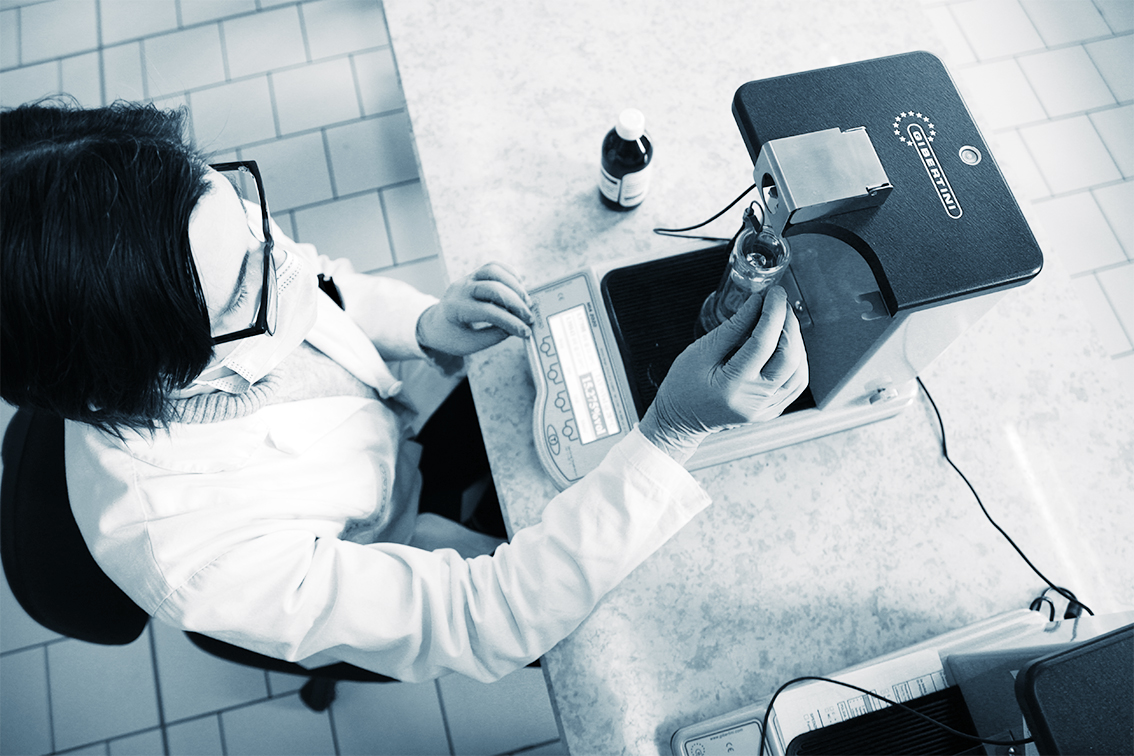 Gibertini, with D.M. of 23/06/93, was included in the REGISTER OF HIGHLY QUALIFIED PUBLIC AND PRIVATE EXTERNAL RESEARCH LABORATORIES to which small and medium-sized enterprises that intend to benefit from the State contribution for carrying out research of an applicative nature can turn a non-repayable contribution equal to 50% of the invoice amount. 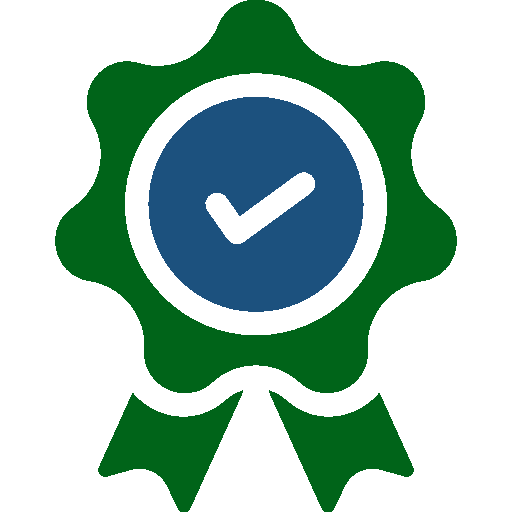 GIBERTINI ELETTRONICA HAS ADOPTED THE EXCELLENCE OF QUALITY AS THE PRIMARY OBJECTIVE OF ITS POLICY AND SINCE DECEMBER 1992 THIS OBJECTIVE HAS CONCRETED WITH THE ISO 9002 QUALITY CERTIFICATE.

LAT No. 094 Center has been operating within Gibertini Elettronica since 1997. In 2017 the Center obtained the extension to certified reference materials producer (hydroalcoholic solutions), thus adding the RMP scheme. Law 273/91 established the National Calibration Service (S.N.T.) which gave the primary metrological institutes the tasks of:

The ACCREDIA LAT Centers are laboratories equipped with reference standards (referable to national standards) and carry out the calibrations, issuing the relative certificate. The activity of the ACCREDIA LAT Centers is recognized by EA (European cooperation for Accreditation) because ACCREDIA is a signatory of multilateral agreements for the mutual recognition of calibration certificates. ACCREDIA LAT n. 094 Center of Gibertini Elettronica issues calibration certificates for electronic scales up to 30 kg capacity and microdosers (pipettes and syringes) from 0.001 ml to 10 ml. ACCREDIA RMP n. 094 Center produces certified reference materials (hydroalcoholic solutions from 5% vol to 60% vol). 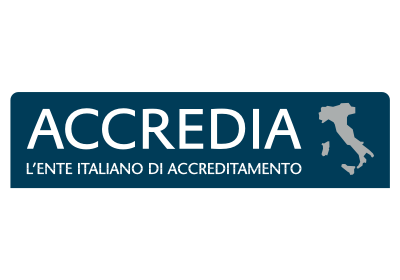 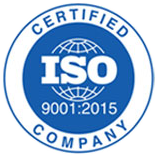 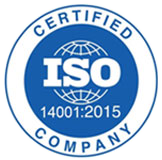 With over 70 years of experience, Gibertini is recognized worldwide for its quality products.

The Gibertini Micro-Scale in Space

On May 1, 2005, a sounding rocket for the MASER-10 mission was launched from the launch range of ESA's ESRANGE space center in Kiruna (Sweden), including the Gibertini Micro-Scale among the analysis equipment. 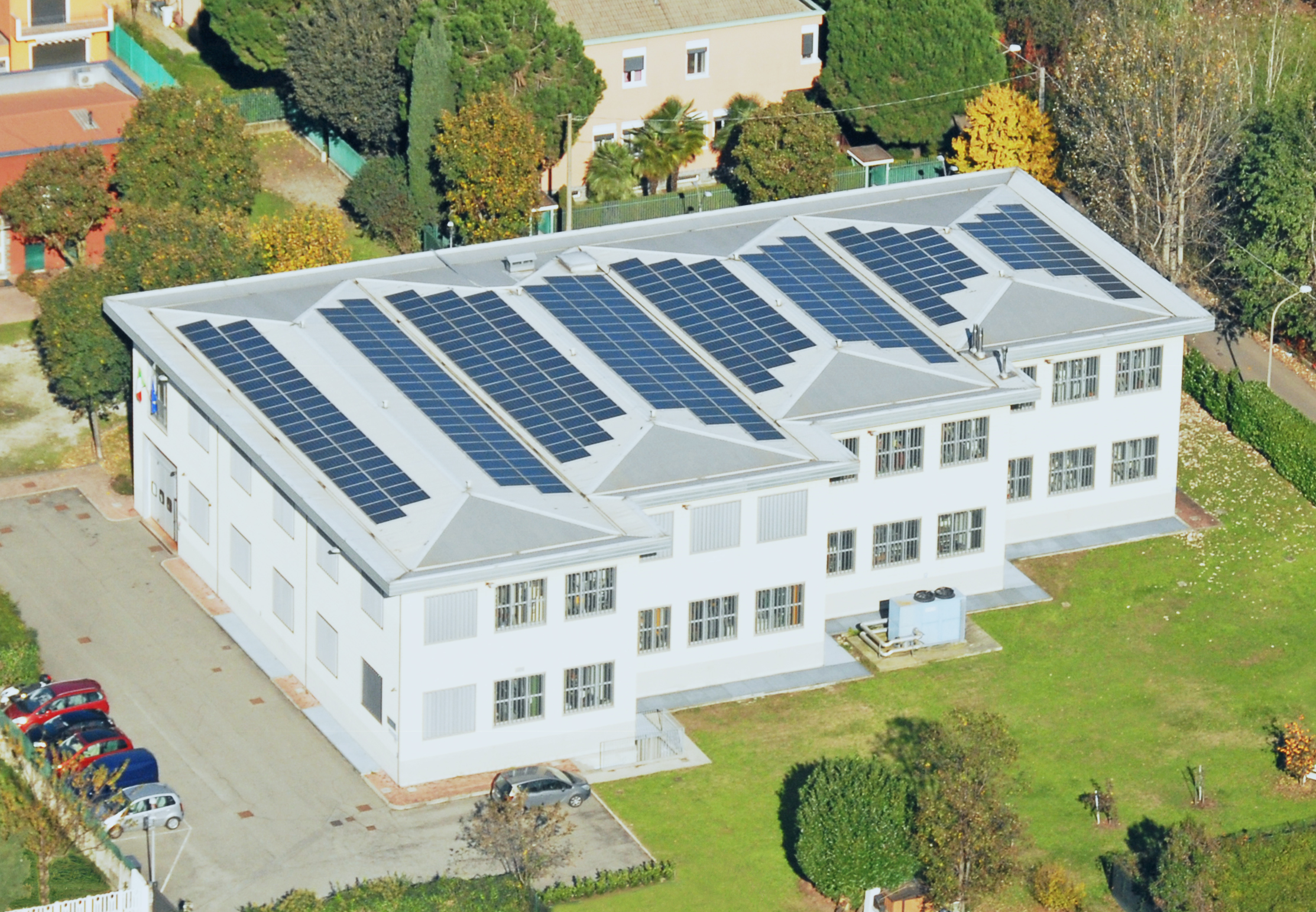 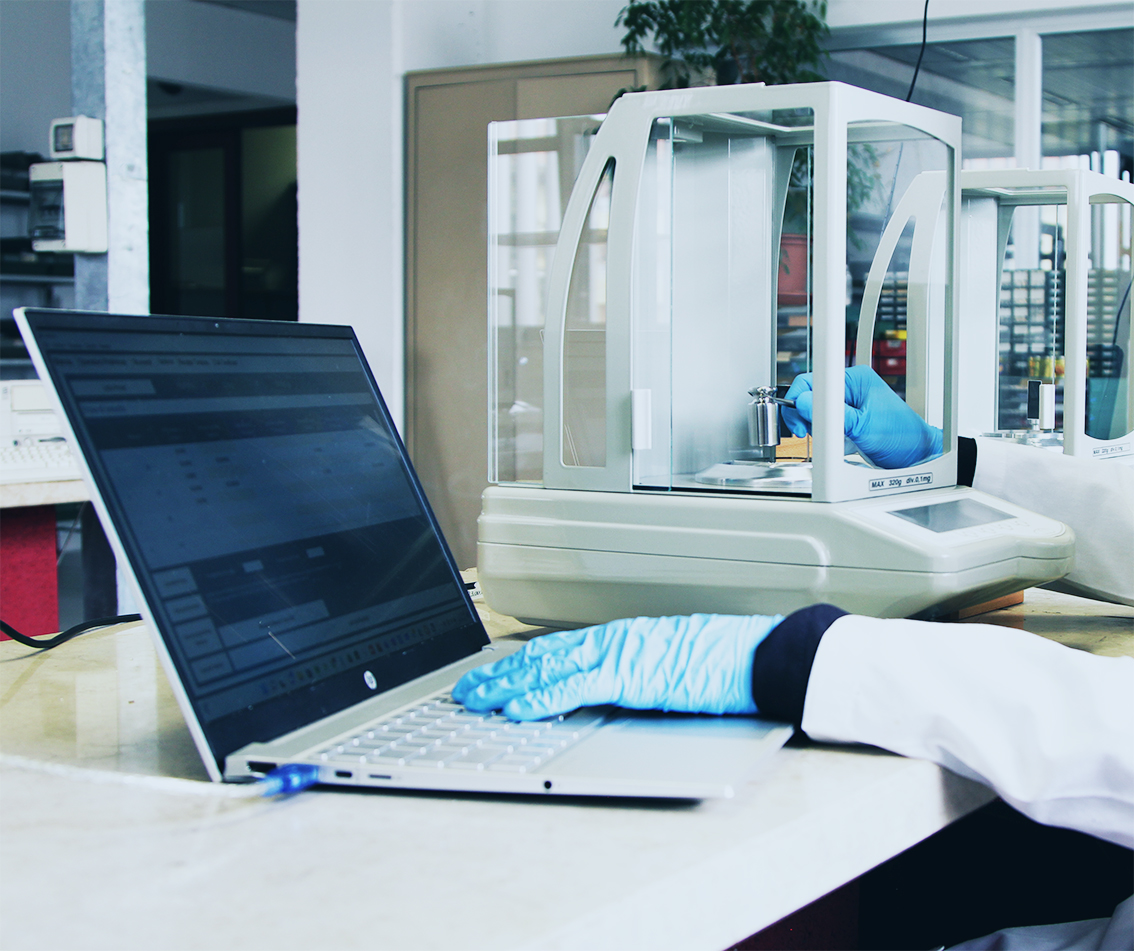 In 1997, Gibertini was accredited as a calibration body for scales up to 30kg and in 2002 it was extended to microdosers (pipettes); in July 2004 also to hydroalcoholic solutions 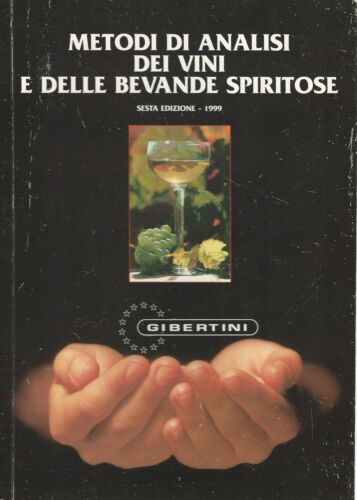 METHODS OF ANALYSIS OF WINES AND SPIRIT

In 1989 a detailed study on the analysis of wine was born from a collaboration with Romolo Becchetti. 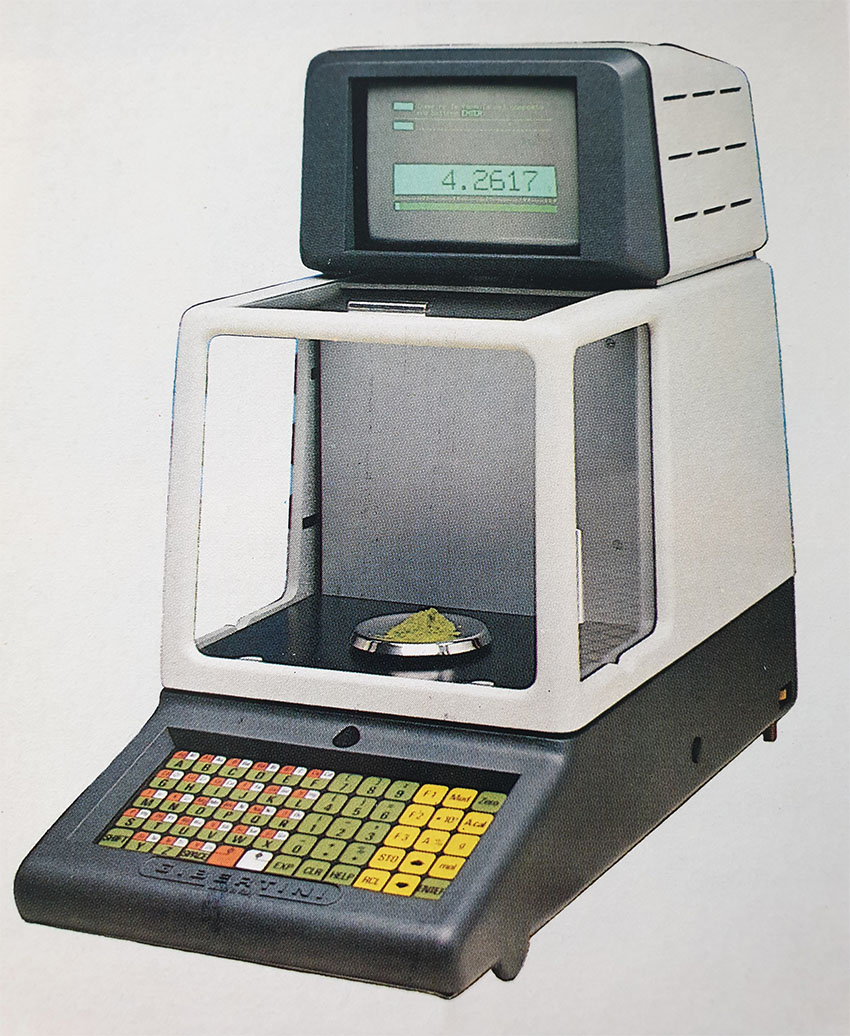 In 1986 Avogardo was born: a multifunctional tool for quantifying the moles of a chemical compound and for the preparation of solutions.

In 1975 the first Gibertini electro-mechanical distiller was born, for the determination of the alcohol content and volatile acidity. 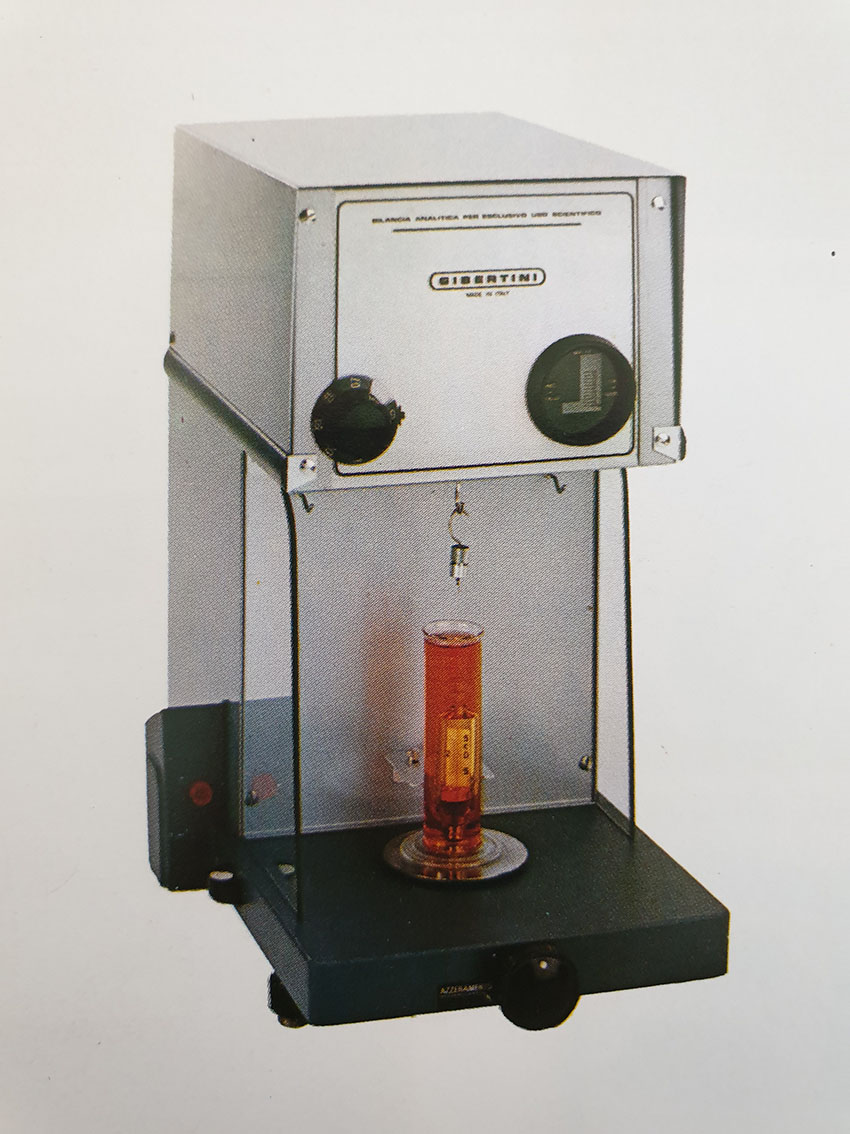 In 1952 the first Gibertini hydrostatic blancia was born. 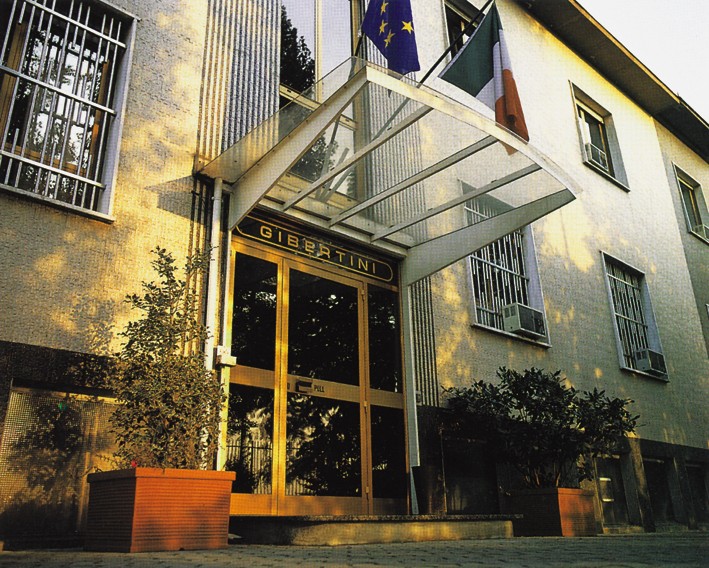 In 1950 Gibertini Elettronica was born from an idea of Gibertini Gisberto, a graduate in general chemistry in Modena

Gisberto Gibertini, graduated in general chemistry in Modena, after a few decades spent in the customs’ chemical laboratories, found himself with a fancy for precision engineering, and especially for analytical balances. Remembering the hard and laborious times to determine the density with Westphal balances, he develops the application of a floater calibrated in mass and volume thus creating the first hydrostatic balance which has become the symbol of the present “Gibertini Elettronica” making it famous (the world over). In 1950 is born the father’s artisan business with his four children all engaged in buildind not only balances but also, physically, the house and the laboratory destroyed by the war. After ten years an industrial configuration started to develop, with the hiring of collaborators, with theincrement of the instruments range, the organization of a commercial network, at a regional level first, then national, and finally world-wide. As years go by production of laboratory instruments grows (especially in the chemical, pharmaceutical and food areas) and now goes from balances to pH-meters to thermostatic baths; already from several years the company boasts a world-wide leadership in the field of oenological instruments and for paints dosage. It produces moreover, whit its own technology, machanical and electronic equipment for other companies, which are assembled and sold under their own brand.

You need to provide a safety data sheet when:

Mixtures not classified as dangerous, but which contain specific concentrations of some dangerous substances, it is necessary to provide a safety data sheet upon request.

If a supplier updates a safety data sheet he must provide an updated version to whom the substance or mixture has been supplied in the previous 12 months.

What to do when you receive a safety data sheet?

When you receive a safety data sheet (SDS), you must identify and put in place adequate measures to control the risks that exist at your site. You must also perform a consistency check on the contents of the safety data sheet conforming to the situation. This way you will avoid using information from an incorrect SDS as the basis for environmental and workplace safety assessments. Specifically, you must compare all the sections relating to the identification, composition, classification and safe use of the chemical with your information on the substance or mixture. Identify any discrepancies and take appropriate corrective actions.

The Importance of Being a Reliable Partner

Gibertini provides assistance on all instruments sold, thanks to its network of partners throughout the national and international territory.

CACCREDIA LAT CALIBRATION CENTER No. 094 for Scales up to 30kg and single-channel and multi-channel Microdosers (pipettes) for volumes from 1 μl to 10 ml